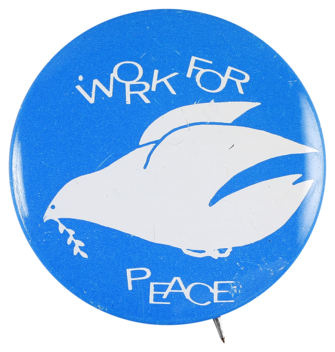 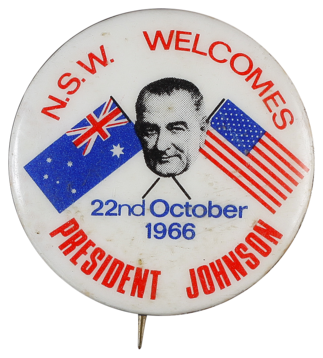 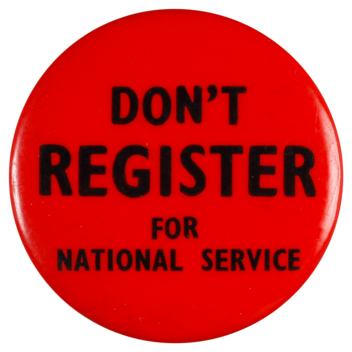 President Lyndon Johnson’s visit to Australia in October 1966 was highly significant for a number of reasons. Only months earlier Australian Prime Minister Harold Holt, during a visit to Washington, had declared to the US President that Australia was ‘all the way with LBJ’ in Vietnam. His speech gained headlines worldwide and became something of a political catchphrase. Johnson’s visit shortly after Holt’s declaration was intended to cement the relationship between the two allies as both American and Australian military involvement in Vietnam deepened.

Dissent over the war and the use of conscripts was also intensifying in both countries. Johnson’s visit to Sydney and

Melbourne was marked by vocal protests and when protesters in Sydney threw themselves in front of Johnson's car, New South Wales Premier Bob Askin, who was a passenger, allegedly told the driver to ‘run over the bastards’. In Melbourne, protesters threw paint on the Presidential limousine.

Despite these protests, the vast majority of Australians who made the effort to see Johnson were supportive. Crowd numbers in Melbourne were in the tens of thousands, many waving American flags and wearing badges such as this. Biographers of Holt have credited Johnson’s visit with contributing to Holt’s landslide election victory of 1966.