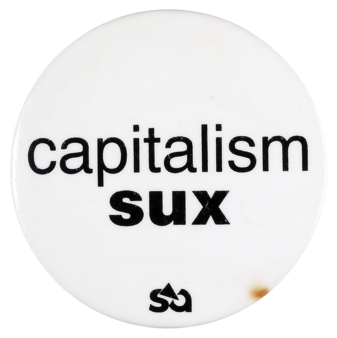 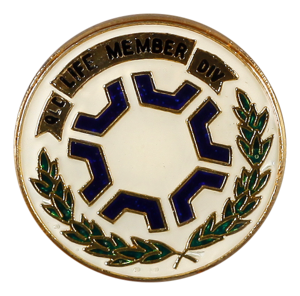 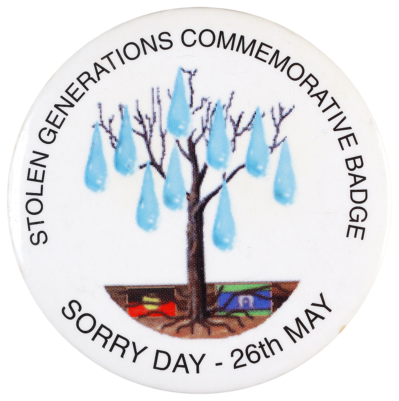 This badge was awarded to former Senator Neville Bonner when he was made a Life Member of the Liberal Party of Australia in 1998.

Neville Bonner was a Jagera man who was born in northern New South Wales, but spent much of his life in Queensland, particularly Palm Island. Bonner attended school for only one year, instead spending most of his early life working as a stockman, labourer and timber worker.

In 1967, he joined the Liberal Party and in the half-Senate election of 1970 was a Liberal senate candidate for Queensland. He did not win a seat, but in the following year was selected to fill a casual vacancy, thus becoming the first Indigenous Australian to serve in an Australian Parliament.

In Parliament, Bonner was a tireless activist for his people, most notably in 1974 when he successfully pushed for legislation ending human rights abuses on Indigenous reserves in Queensland. He was re-elected in 1972, 1974, 1975 and 1980, but in 1983 resigned from the Liberal Party after it dropped him to an ‘unwinnable’ Senate spot at the election; he attempted to win election as an independent but was defeated.

Bonner remained a passionate advocate for Indigenous people. He was made an Officer of the Order of Australia (AO) in 1984 and was a delegate to the Constitutional Convention in 1998. He reconciled his differences with the Liberal Party, rejoining it in 1996, and was awarded a life membership by Prime Minister John Howard in 1998. He died in 1999 at the age of 76.