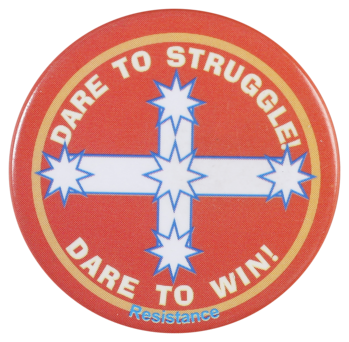 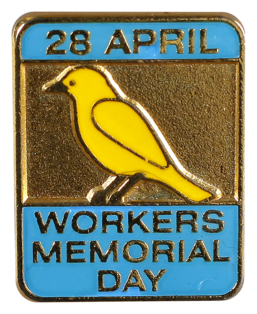 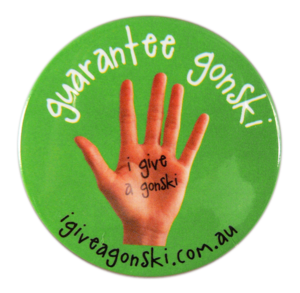 Workers Memorial Day was initiated by the Canadian Union of Public Employees in 1984 and has since become internationally observed on 28 April to recognise people who have been killed in incidents at work, or by occupational diseases. It is a day when unions around the world campaign for improvements in workplace health and safety. Workers Memorial Day events include speeches, wreath-laying ceremonies, multi-faith services, the unveiling of monuments and other activities to raise public awareness of workplace safety issues.

Wearing this union badge gave me a strong feeling of solidarity with people I know [who] are concerned about human rights and an equitable distribution of wealth for labour. Unions are about ensuring that working conditions and wages are safe and fair. I wore this memorial badge at an event to commemorate the workers who had died as a result of their work. I have been a member of the AMWU [Australian Manufacturing Workers’ Union] all of my working life and am still in the union as a retired person. The badge reminds us of the issues surrounding the health and safety of workers.