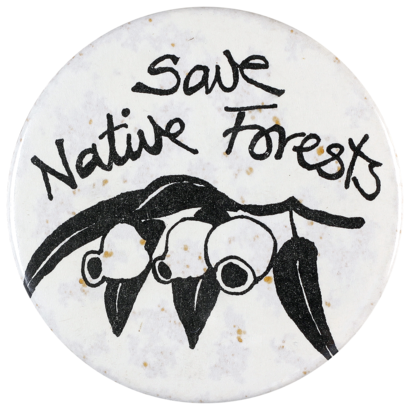 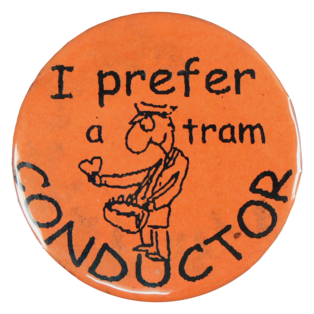 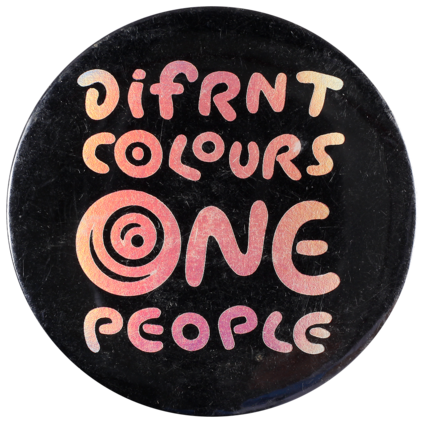 I prefer a tram conductor

This badge was worn to support Melbourne tram conductors who went on strike from December 1989 to January 1990 when transport minister Jim Kennan attempted to replace conductors with an automatic ticketing system and ‘driver-only’ trams.

The introduction of new ‘scratch’ tickets into the Melbourne tram system was aimed at saving the government over $24 million per year by cutting over 500 tram conductor jobs. Opposition to the ticketing system was voiced by a number of community organisations such as disability groups, women’s groups and the Public Transport Users Association, who questioned the safety of the new scheme.

The tram conductors were represented by the Australian Motor Omnibus and Tramway Employee Association (ATMOEA). The dispute escalated on 2 January 1990 when 250 tram drivers drove their trams into the centre of Melbourne, where they remained for a month after the government cut power to the trams. Workers staged a 24-hour picket and set up makeshift kitchens, supported by donations of food and money from the public. Eventually the ATMOEA accepted the new automatic ticketing system and ‘driver-only’ trams on the proviso that no tram conductors would be sacked. But by 1998, through natural attrition and reassignment, conductors had disappeared from Melbourne’s trams.

I wore this badge to work and to events to show support for Melbourne trams and for the tram conductors to keep their jobs. The badge represents opposition to the continuing pathetic state of Australia’s public transport systems. When wearing the badge, it was a connection with other people who supported public transport.

As a wearer of this badge I am aware that once the government-owned services are sold off for a song, funding is diverted into the highway lobby instead of into the much-needed public transport system.