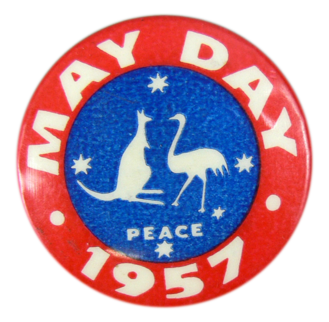 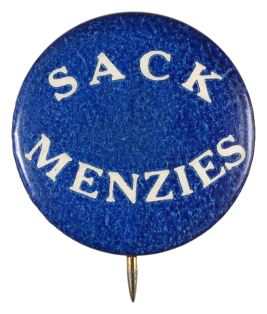 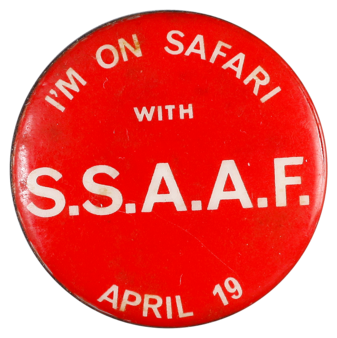 This badge is one of three of similar make from my grandparents and is most likely produced by the Communist Party as part of the early Sixties campaign against Australian participation in the war in Vietnam. Mavis and Jim Grant were opponents not only of this war but all war, and were deeply opposed to the policies of the Menzies Liberal Government which simply saw Australia support each and every war the USA participated in. It was early days in the campaign when Menzies was still PM, but the Communist Party were quick to protest, and so were my grandparents.