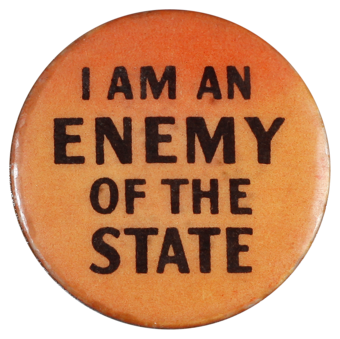 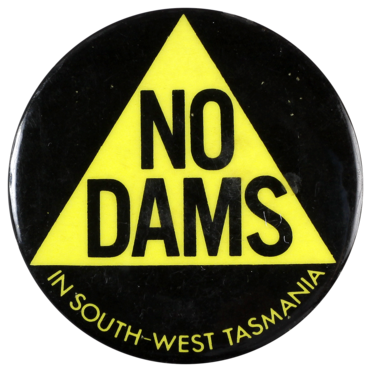 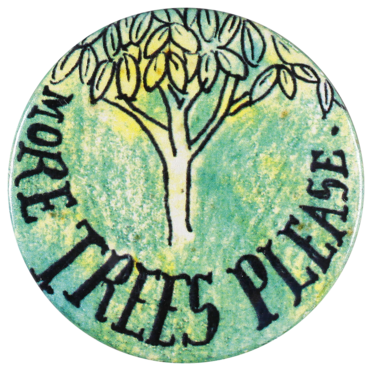 No dams in south-west Tasmania

This badge documents a popular protest that resulted in the most influential environmental law case in Australian history.

In 1972 Tasmania’s Lake Pedder was flooded for a hydro-electricity scheme, despite protests from environmentalists. In 1978 the Tasmanian Hydro-Electric Commission announced its intention to build another dam on the Gordon River in the southwest wilderness of Tasmania. This dam would flood the Franklin River, a place of great ecological and cultural significance.

Spurred by the Lake Pedder campaign, a coalition of environmental groups led by the Tasmanian Wilderness Society under the direction of Dr (and future senator) Bob Brown mounted a public campaign against the proposed Gordon-below-Franklin dam. The campaign was active between 1980 and 1983 and culminated in December 1982, with a three-month blockade of the dam site that saw at least 2,300 people participate and more than 1,000 arrested. Many campaigners were imprisoned.

The campaign gained national and international attention, with rallies attracting tens of thousands of Australians held around the country. Individuals took action by writing ‘No Dams’ on their ballot papers in various state and federal by-elections.

In July 1983, after a complicated case involving considerations of the powers of the Commonwealth under the Constitution in areas previously considered as being under state control, the High Court largely upheld the validity of the legislation. Construction on the dam was stopped.

I bought this badge in 1983 and wore it (on my shoulder bag) to express my support for the opposition to the Gordon-below-Franklin dam.