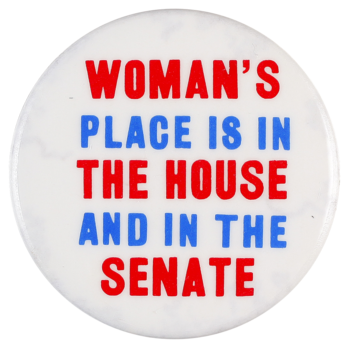 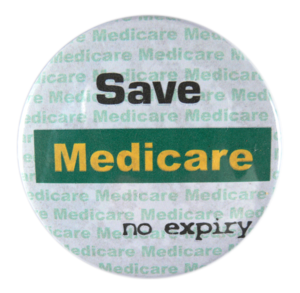 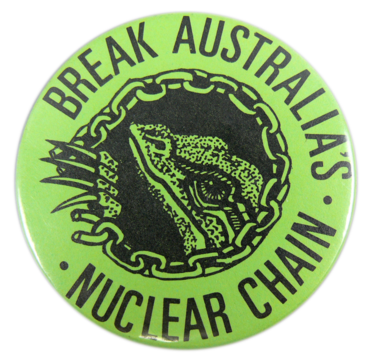 A badge from one of the many campaigns to protect Medicare from privatisation and Americanisation.

Medicare is Australia’s universal health scheme. It guarantees all Australians (and some overseas visitors) access to a range of health services at low or no up-front cost. An early version of Medicare, called Medibank, was first devised in 1969 and introduced by Bill Hayden, Minister for Health in the Whitlam government, in 1973. The initial proposal included free public hospital treatment, the payment of at least 85 per cent of the cost of medical services, and a maximum gap of $5.00 between the scheduled fee and the benefit for a single service. But the legislation was highly controversial. It was opposed by interest groups as an unworkable and expensive scheme that would nationalise medicine, remove freedom of choice, and destroy the patient-doctor relationship.

After what Hayden called ‘a long, drawn-out, hard-slogging political battle’ (including a double-dissolution election), the legislation to establish Medibank was passed by 95 votes to 92 at a joint sitting of both Houses of Parliament on 7 August 1974. Medibank commenced on 1 July 1975, but was then dismantled by the Fraser government. By 1981 Australia had returned to a system of government-subsidised voluntary private insurance. The Hawke government revived the scheme—re-named Medicare—in 1984, but the scheme has been subjected to numerous funding controversies ever since. For example, in 2014 the Abbott government announced a reduction in the Commonwealth’s share of funding for public hospitals, and increased out-of-pocket costs for many patients.