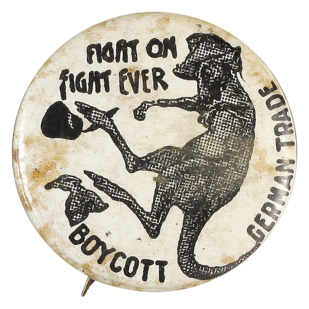 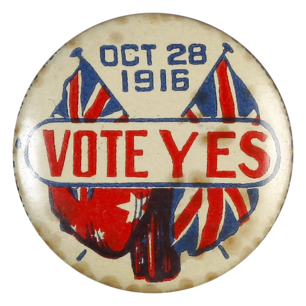 As First World War casualties mounted and rates of voluntary enlistment fell, Labor Prime Minister Billy Hughes asked the Australian people to vote in two referendums, in 1916 and 1917, to decide whether Australia should conscript men for the war effort. The results of both referendums were a narrow majority against conscription. Both conscription campaigns were hard fought and deeply divisive for the Australian community. The ‘Yes’ case focused on providing support to Britain, which a majority of Australians regarded as the ‘Mother Country’. The ‘No’ case argued that it was wrong to force men to fight.

Some sectarian divisions were also brought to the surface: Irish Catholics, led by the fiery Archbishop of Melbourne, Daniel Mannix, opposed conscription and the war in general because Britain had adopted what they saw as oppressive policies in Ireland. The debate over conscription continued throughout the war, but these two referendum campaigns were notable for the way they completely changed the nature of Australian politics and national identity.